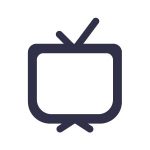 Randstad NV, commonly known as Randstad and stylized as randstad, is a Dutch multinational human resource consulting firm headquartered in Diemen, Netherlands. It was founded in the Netherlands in 1960 by Frits Goldschmeding and operates in around 39 countries.In 2015, the company achieved a turnover of €19.2 billion and a net income of €518.8 million. Randstad employs around 29,000 staff. Globally, Randstad has 4,473 branches. Randstad NV is listed as RAND on the AEX of Euronext Amsterdam. Founder Frits Goldschmeding is still the biggest shareholder.

We would like to show you notifications for the latest news and updates.
Dismiss
Allow Notifications